When we started our journey into Generation Now I had no idea how much interest it would generate and how it would develop a life all of its own. Generation Now puts the millennial healthcare professional under the spotlight and never more so than at our most recent event – a round table meeting of key millennial healthcare professionals, at the Royal Society of Medicine.

We were delighted to be joined by some of the industry’s top healthcare entrepreneurs and millennials. Between them Dr Shafi Ahmed, Dr Stephanie Eltz and Dr Matt Jameson Evans represent some of the most innovative faces of healthcare in the twenty-first century. Dr Ahmed, consultant general and colorectal surgeon, is a leader in the use and development of augmented reality in clinical practice in areas such as sharing the latest surgical techniques through live streaming oncology operations[i]; Dr Eltz is a trauma and orthopaedic registrar and founder of Doctify – a platform-neutral online patient-doctor interface and Dr Jameson Evans, previously an orthopaedic surgeon, is the co-founder and chief medical officer of HealthUnlocked – an online community that is gaining a reputation for being the LinkedIn for patients with chronic conditions. We also had key leaders from the pharmaceutical industry and the ABPI.

The round table discussion was lively – as you’d expect with such big personalities in the room. Entrepreneurs by nature are generally outgoing and yes sometimes outspoken – but then the point of the evening was to try and discover what the millennial generation could expect from healthcare, and what we could all be doing to help it get there.

Big data came up and, not unexpectedly, but maybe not quite fairly, the NHS’s apparent struggle to cope with it. Perhaps the recent involvement in healthcare of big data big guns such as Google and Facebook can help it find its place in healthcare. ‘Wearables’ were also seen as one of the next big things. Continuous blood glucose monitors are already ‘a thing’ but imagine the possibilities for 24/7 monitoring of health predictors and the benefits that this could bring to people with other chronic conditions. And where do I even begin with the possibilities that virtual and augmented reality could bring?

We may all be used to viewing healthcare as an immovable object, but everyone in the room was in agreement that much of the technology, either under development or already available to support the millennial HCP, will disrupt this status quo. As an industry we have so much to offer the millennial HCP and help them become positive disruptors, that can take new technology into healthcare for the benefit of all of us. One thing is clear – the future is most definitely coming, and with it huge steps in our understanding of patients, diseases and treatment.

While there were far too many great points made throughout the course of this event to talk about here, there are a few key things that really stuck in my mind. It’s clear that we all need to increase collaboration to encourage the uptake of these innovative technologies.  We need to stop thinking we have to maintain the status quo – our entrepreneurial HCPs are delivering some amazing new approaches and, if we really embrace them, they have the potential to add enormous value to the way our healthcare system works. Probably the most important point though, was that while innovation should be welcomed, we must remember not to leave people behind. After all it is the millennial healthcare professionals and millennial patients that make our health service what it is; and what it will become.

Thank you to everyone who made this such an exciting and insightful debate.

The Generation Now Round Table event will be featured in the November edition of PME, available online from 8th November 2016. 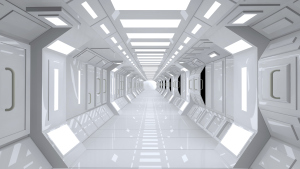 Originally written in the late 1970s, Douglas Adams’ well-loved sci-fi masterpiece, The Hitchhiker’s Guide To The Galaxy, tells the story of Arthur Dent as he flees Earth shortly before it’s destroyed to make way for a hyperspace bypass. Accompanied by his alien friend Ford Prefect, Arthur finds himself floating around a universe in which small digital devices can tell you everything about anything; where foreign languages can be instantly translated into native tongues; where machine intelligence dwarfs the cognitive capabilities of mankind; and where flagging down a lift is as simple as pressing a button. A universe…rather like the one we live in now.

More than just another sci-fi oracle, Adams has proved an inspiration for those defining a future well beyond his own lifetime, including Dr. Jack Kreindler. A medical technologist and investor, Kreindler is one of a new wave of physician redefining what we expect from HCPs. He spoke to Havas Lynx as part of their research for Generation Now, a new white paper about the millennial HCP (mHCP).

Kreindler’s introduction to Adams set him on an extraordinary and unorthodox career path. To help support himself through medical school, a young Kreindler worked as an IT consultant for Adams: ‘I realised through working with Douglas that we were practicing medicine in kind of the Stone Age. And it got me thinking that perhaps the use of connected devices and information technology would absolutely transform what we regarded as truth in medicine.’

Since then, Kreindler has worked in A&E, specialised in high-altitude medicine, founded a centre for health and sporting performance, and invested in practices driven by machine learning. Each venture has vastly progressed his medical understanding and clinical practice. Moreover, they’ve provided a career diversity that is commonly sought out by millennials. Speaking at an RSM Digital Health Entrepreneurs event last September, Adam Tulk, CEO of Frameshift  (who connect HCPs with temporary work), reported that ‘a lot of doctors want to have less of a purely clinical career and more of a portfolio career.’

Many seek extra-clinical opportunities in digital. Having grown-up with digital engrained in their everyday life, and seen its transformative impact firsthand, they have ambitions to harness this power to shake-up healthcare. ‘The key thing that is redefining those ambitions,’ says Dr. Kreindler, ‘is the generation of entrepreneurs that have made it very big; the Larry Pages, the Elon Musks, and the Zuckerburgs of the world. People don’t have the fear any more. They are thinking if they can do it so can I.’ Systems and providers are moving to support such ambitions. NHS England launched its Clinical Entrepreneurship Programme at the end of 2015, as part of a drive to open-up entrepreneurship and innovation to professionals. It’s a clear indication from Sir Bruce Keogh and his colleagues that, far from harming clinical practice, engaging professionals in non-clinical initiatives could benefit the nation’s healthcare.

And why wouldn’t it? Many mHCPs are as motivated by a sense of social conscience as theyare any personal ambition. Kristian Webb is a cardiac devices specialist who started up a number of initiatives to provide quality patient information. ‘It was the inaccuracies in medical information online that worried me,’ says Webb, ‘I felt I had a professional responsibility to put more accurate information out there.’ Unlike large healthcare companies and organisations, Webb felt no problem with engaging with patients online, using forums and social channels to direct them to robust clinical information before eventually starting up his own repository for cardiology information.

Engaging with patients online, monitoring them remotely, and providing timely information and advice will all be vitally important as mHCPs move away from treating sick patients and towards facilitating sustained good health. It’s a shift that’s vital if we are to alleviate the burden of aging populations suffering multiple comorbidities. But there will be challenges. mHCPs are going to need skills their predecessors never dreamed of, not least in communication. ‘We know more about when to inspire people, when to motivate them to make a change from the advertising industry than we do in medicine,’ says Kreindler.

Interpreting the wealth of data at their disposal will be as critical. As in The Hitchhiker’s Guide To The Galaxy, where the creators of the Deep Thought super computer so struggle to understand the answer it gives to ‘The Ultimate Question of Life, The Universe, and Everything’, so we have not yet mastered the reams of data available in such a way that professionals can easily make use of them.

There’s going to be plenty to keep mHCPs on their toes, especially with the expectations of increasingly empowered patients and the rocketing rate of medical innovation. As such, they’ll need support from all corners. For pharma, this means new opportunities in unchartered galaxies. It’s an exciting, challenging and important time. Just whatever you do, remember The Hitchhiker’s Guide’s golden rule; don’t panic.

The Future of Healthcare, by David Hunt

It’s estimated that around 6,000 students are beginning their final year of Medicine at UK universities. The majority will be 23 years old, born in 1992. ‘Googling’ has been mainstream since they were 10. Facebook became a thing when they were 12. Phones became smart when they were just 15. They haven’t lived through a digital revolution (they missed that). They’ve simply lived in a digital world.

I know, I know, we all know healthcare professionals. I’ve been advertising to them for 15 years, some of my colleagues have played golf with them for even longer, and our research is infinite. But what about tomorrow’s generation? Those who will choose kindle over paperbacks, being social online to offline, who learn to wire a plug on YouTube?

What about those who will think nothing about sharing their every experience? Of course, much will be a personal commentary, a social diary or an analysis of current affairs. But, it will also articulate their clinical experience and opinions; it will outline their decisions, and help shape their community’s conclusion.

It’s entirely unnecessary to document their use of digital and perhaps more controversially, I’m also unmoved by their apps of choice or their preferred platform (they’ll change). My interest is sparked by their behaviour, their attitudes, and their motivations. When the whole world has always been at your fingertips, how does this alter your perspective? When your limits are not defined by geography, the classroom, or your personal experience; what defines your ambition? When you have studied Medicine in today’s technology-enabled world, what do you do next?

Like every generation before them, I hope they will be beset on changing the world. Uniquely, they may just have the experience, education and tools to do just that. I question whether they will accept operating within the archaic environments prevalent in healthcare today? ‘Generation Now’ has not been programmed to be patient.

As always, I’m excited to see what’s next. Beyond wishing them luck, I hope we take the time to offer our support.