Every week should be Carers Week

by David Hunt — in Innovation, Goodpharma, General.Leave a Comment on Every week should be Carers Week

Following on from Carers Week 2015, we reflect on the need to do more to support caregivers and introduce our study into the holistic needs of those who care for people with long-term conditions.

‘Being a carer in 2015 can be incredibly tough, taking a huge toll on health and mental wellbeing, finances and relationships. More and more people are taking on a caring role – 10.6 million over the course of this Parliament. So getting it right for carers has never been more imperative. Carers can’t carry on doing this alone.’

Last week was Carers Week in the UK, an annual campaign that raises awareness of caring, highlights the challenges that carers face, and recognises the contribution that carers make to families and communities throughout the UK.

All week, at events and via the internet and broadcast media, stories of the commitment and devotion of carers have been shared. As was the case at Local Solutions’ annual information event at St. George’s Hall in Liverpool on Friday, which brought together charities and organisations to showcase the services available to carers. It was wonderful to see so many people coming together in support of the caring community, and it raised reflection on whether pharma does enough to support carers.

There are nearly seven million people in the UK who are carers, a figure that is on the rise; last week it was reported that three in five of us will be carers at some point in our lives. This isn’t a UK-specific problem: the World Health Organisation estimates a soaring demand for carers the world over, with needs rising by as much as 400% over coming decades in some developing countries.

The importance of the efforts of carers cannot be underestimated. To many patients, they are a lifeline; without carers, many simply couldn’t manage. To the British economy, they’re indispensible, saving the public an estimated 119 billion pounds a year.

Whilst the pharma industry is not immune to the importance of carers, it’s rare to find pharma-initiated interventions that target carers.

Why should pharma help?

Often the question is raised of which professionals are the gatekeepers to patient care, but arguably no one professional could be more important to the success of patient outcomes than the person caring for them every single day. Ensuring their health and wellbeing can drive greater treatment success. It’s also worth noting that carers are often ‘patients’ themselves; in a 2012 survey of 3,500 carers, 53% said they have suffered a long-term condition or illness, whilst 39% had put off medical treatment due to caring responsibilities.

Additionally, this is a group of people whose need for support is greater than ever. In spite of the indisputable fiscal and social value, cuts to financial support in recent years (such as the ‘spare room tax’ and the introduction of personal independence payment) have put carers under increasing pressure. Reports on carer wellbeing indicate that this is a strain they could well do without. Carers UK has recently published research showing that 82% of carers feel that looking after a disabled or older relative or friend has had a negative impact on their health.

The statistics are both alarming and compelling, but to uncover the full story and better understand what can be done to help we need to speak to people. It’s with this in mind that, over the coming months, we’ll be talking to carers about their needs and what impact caring for a person with a long-term condition has on their lives. These interviews will form part of a quantitative study to be included in our autumn white paper later in the year. 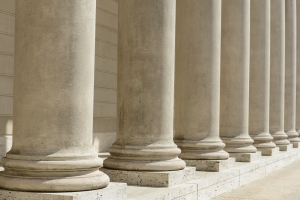